In celebration of the University of Kentucky's upcoming sesquicentennial in 2015, the 53rd of 150 weekly installments remembers the tradition of class competitions at the institution, including popular tug of war battles. 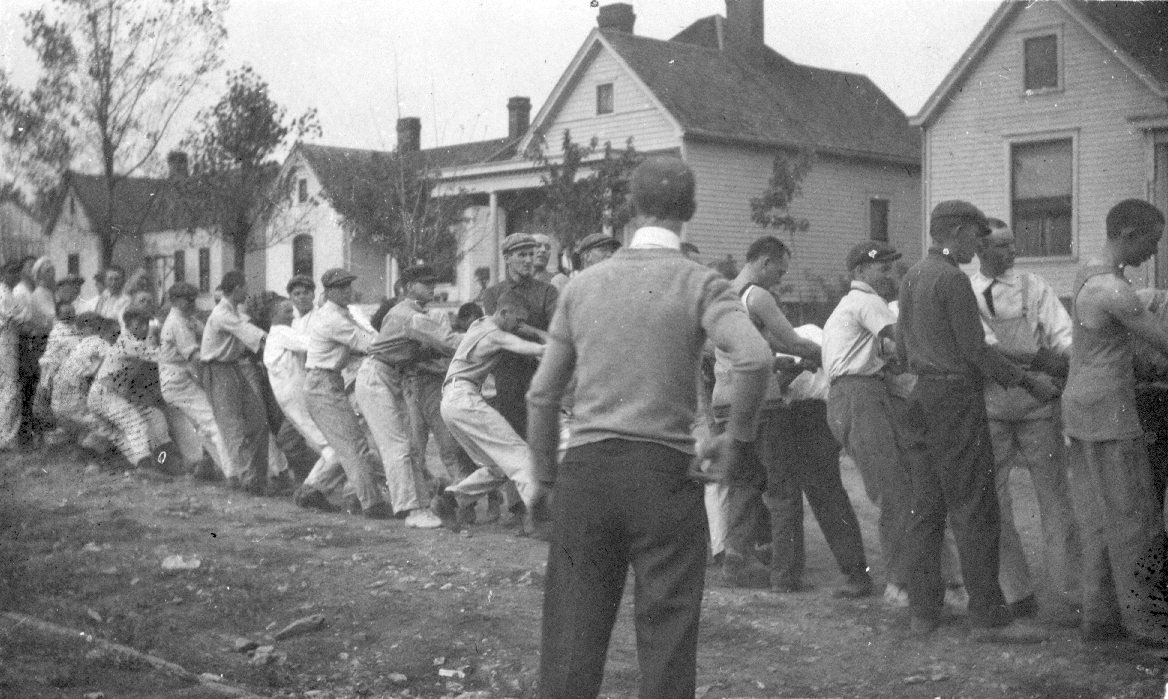 In the early 1900s, State College, Lexington, Kentucky, as UK was then known, had a total enrollment in the 700s, tuition was free to all residents of the state of Kentucky, and the physical boundaries of the core campus were Rose Street, Graham Avenue, Limestone Street., and Winslow (now Avenue of the Champions). Only three buildings were outside those bounds: Department of Agriculture (now Scovell Hall, home of UK Human Resources); a greenhouse; and Patterson Hall, constructed a far distance from main campus to keep the women students isolated from the men.

Campus had a military feel to it. Male students dressed as cadets and held drills in front of the Main Building. The male students tended to also be rough and rowdy at times. And the relationship between town and gown was shaky at best. Headlines in the newspaper commonly read: "The State College Trouble," "State College, Another Ruction," "On a Tear," "Student Racket," "State College Rumpus" and "Cadets on Rampage."

Despite the trouble, traditions were being formed and a campus culture was evolving – perhaps too slowly for some. With a freshman class of around 150 it was easy for everyone to get to know one another. The classes moved forward together toward their collective graduation year and class rivalries were quite popular. 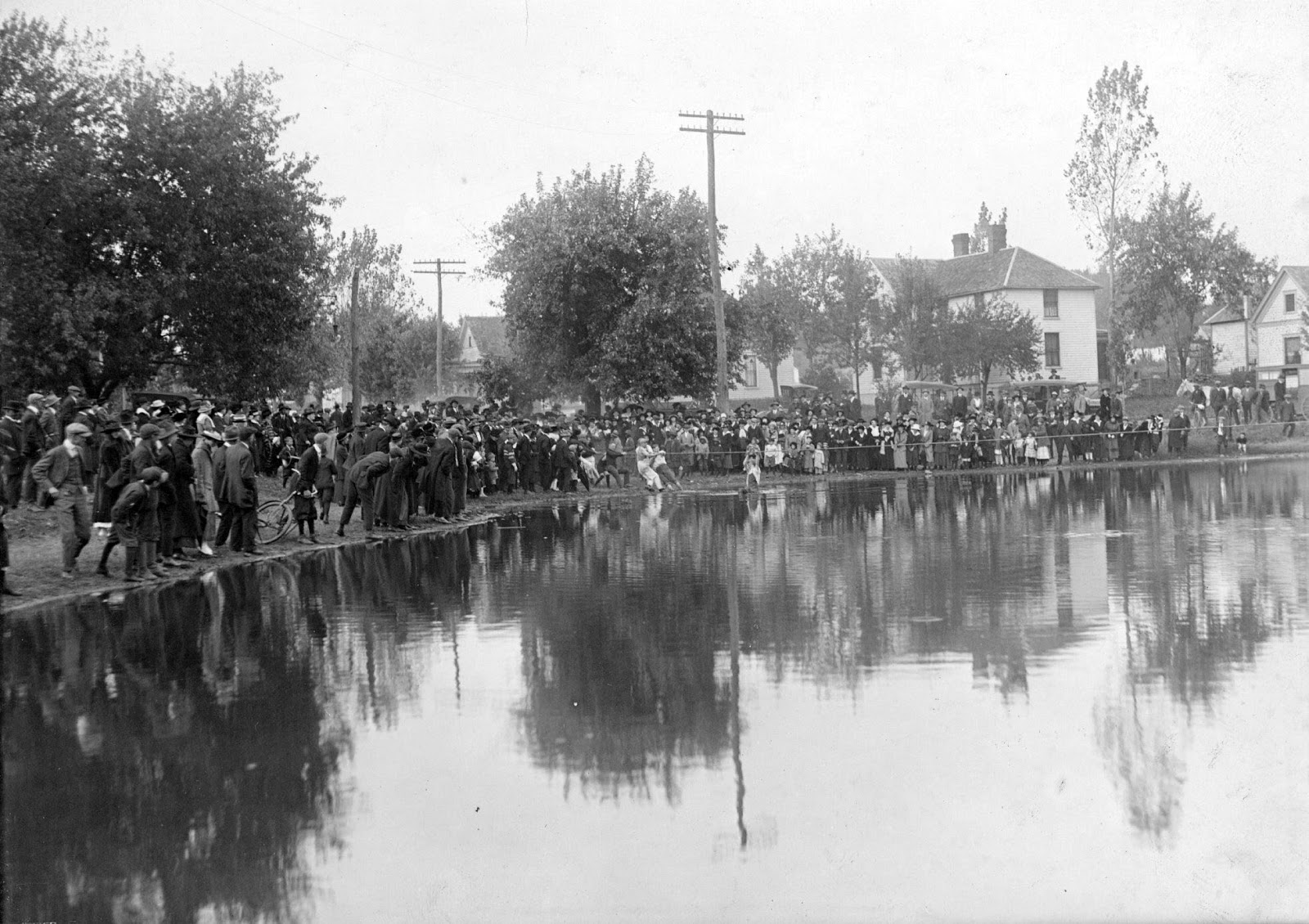 There was the annual flag rush, hand painting class graduation years in outlandish locations, mock funerals, bucking the corduroys, sophomore/freshman football games, and the freshman/sophomore tug of war. The present site of William T. Young Library was the Clifton neighborhood complete with Clifton Pond — the site of the annual battle for class supremacy.

With the firing of a gun, the tug of war would begin. The massive steel cable that they used would slowly become taut across the pond with one class pulling towards Rose Street. The competitors all dressed in bathing suits and old clothes in anticipation of losing the battle. After the losing class was pulled into the pond (usually the sophomores), the victors would march to Main Street to announce their victory to the town — shrieking and yelling the entire way.

Today a historical highway marker commemorates student traditions, like the tug of war competition, at a site located near the Rose Street entrances of Young Library. 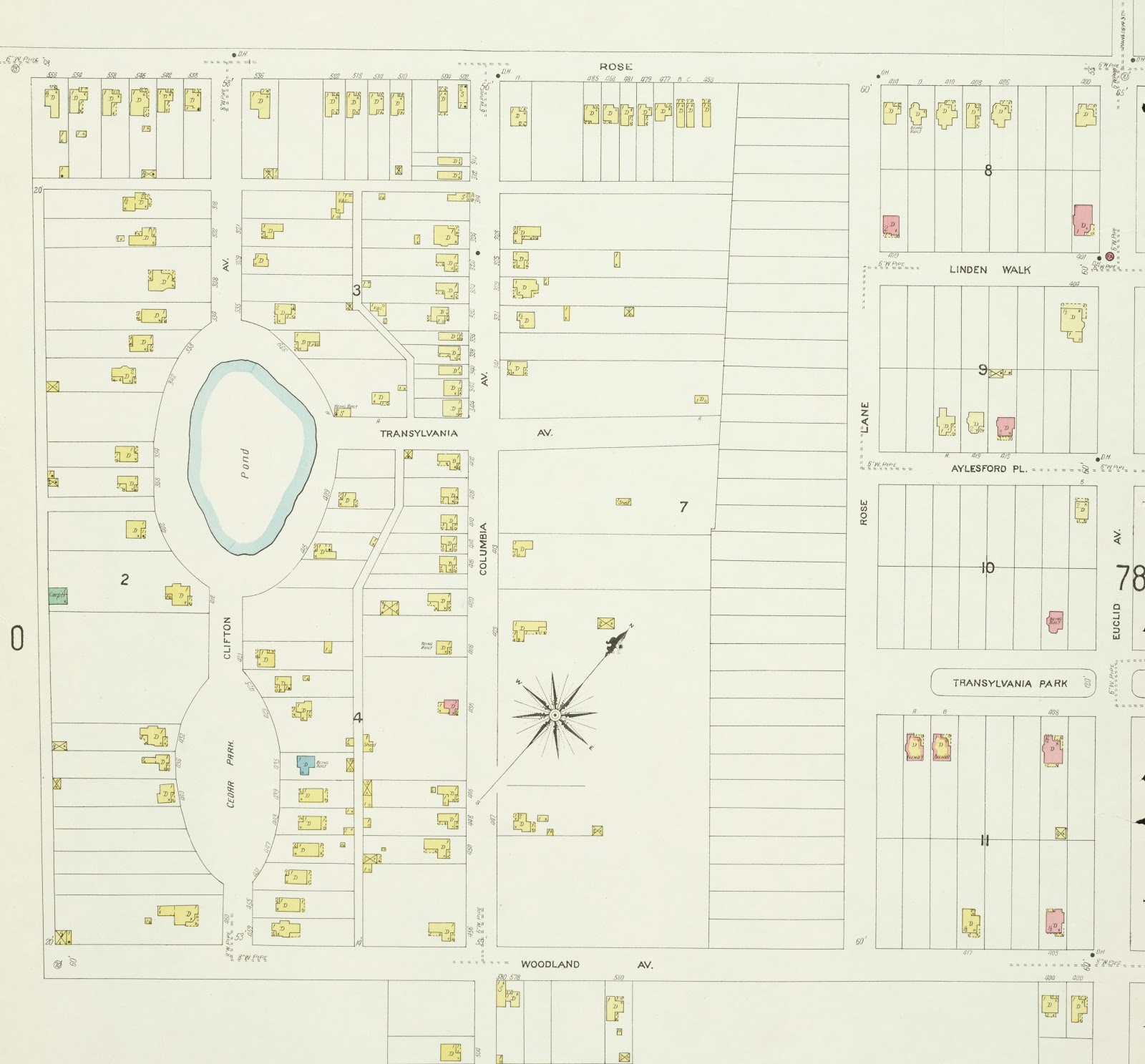