(Jan. 22, 2015) — Global events have been happening at a rate few of us can track much less comprehend. Populism and right wing politics in Europe and Latin America could be such issues for many.

Several University of Kentucky programs, including the International Studies Program and the Department of Sociology in the College of Arts and Sciences and University Press of Kentucky, have organized two events just for those of us trying to keep up with global politics.

The first event ‒ “The State of the Right in Europe and Latin America” ‒.is scheduled at 5 p.m. Thursday, Jan. 22, in Niles Gallery, located off the lobby of the Lucille Caudill Little Fine Arts Library. 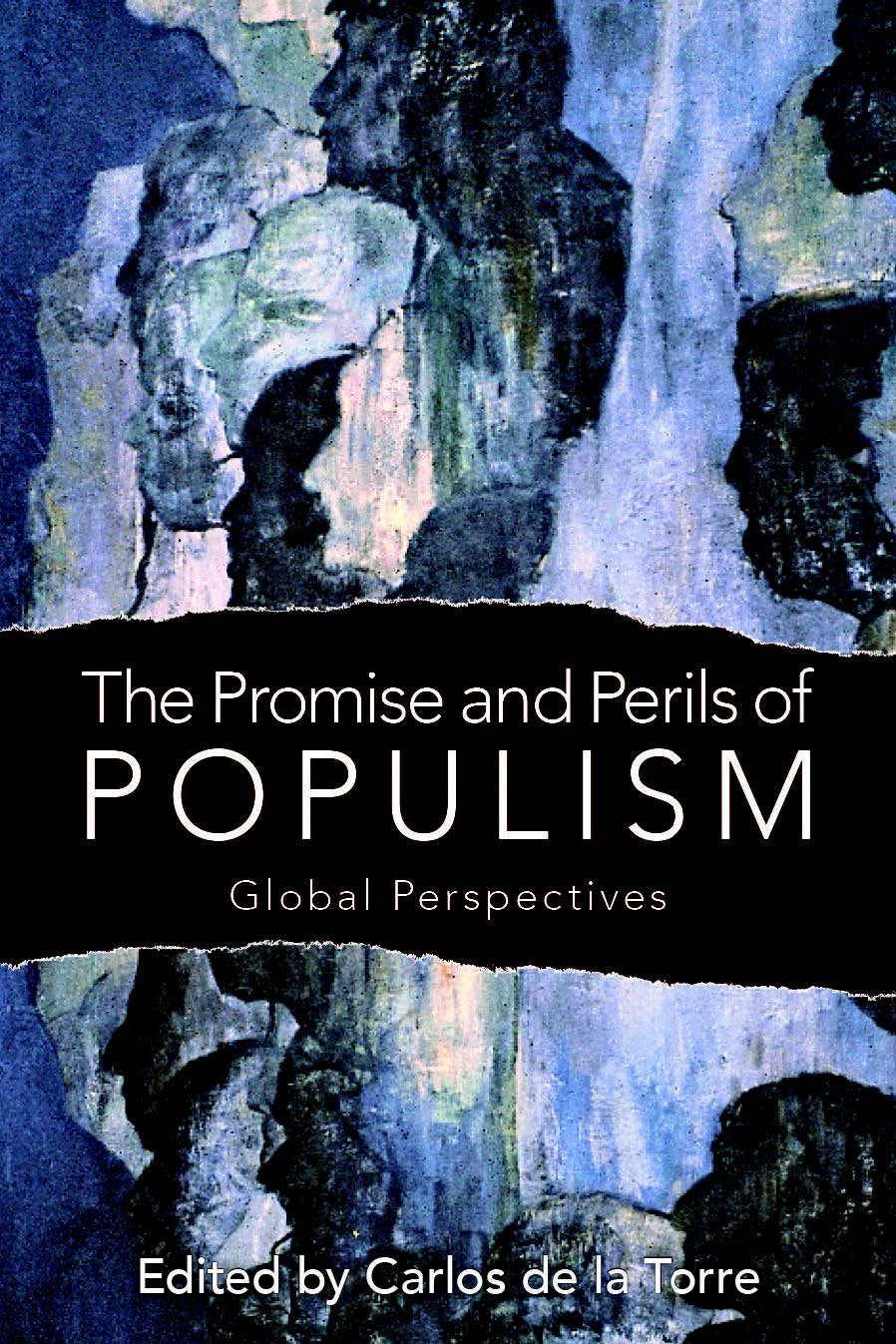 The second event ‒ “The Promise and Perils of Populism: Global Perspectives” ‒ is a panel discussion at 2-4 p.m. Friday, Jan. 23, in the James F. Hardymon Theatre in the UK Davis Marksbury Building. The program title is also the name of the just-released book edited by Carlos de la Torre, UK professor of sociology and director of the UK International Studies Program. Moderated by Emily Beaulieu, UK assistant professor of comparative politics, the panel will include de la Torre, Cas Mudde of the University of Georgia, Cristóbal Rovira Kaltwasser of Diego Portales University (Chile) and Ron Formisano, the William T. Bryan Professor of American History at the University of Kentucky.

The Jan. 22 colloquium will explore the differences between right wing political parties in Europe and Latin America with the same visiting professors. Mudde, a leading expert on right wing populist movements in Europe, will analyze the “Euroscepticism” debate after the 2014 European elections. Kaltwasser will present his co-edited volume on the “Resilience of the Right in Latin America.”

Mudde is an associate professor in the School of Public and International Affairs at the University of Georgia. His most recent book publications include the four-volume series “Political Extremism” and “Youth and the Extreme Right.” His book “Populist Radical Right Parties in Europe” won the 2008 Stein Rokkan Prize for Comparative Social Science.

Kaltwasser is an associate professor at the School of Political Science at Diego Portales University (Chile). His research focuses on democracy, political parties and populism in comparative fashion. He and Mudde are co-editors of “Populism in Europe and the Americas: Threat or Corrective for Democracy?” He was also co-editor with Juan Pablo Luna of “The Resilience of the Latin American Right.”