Distinguished Speakers to Share Insight With English and GWS Students 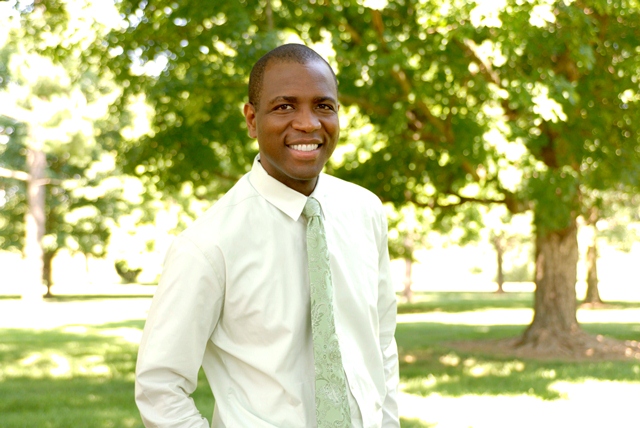 Three experts in the areas of gender, sexuality and politics of identity will share insight with UK students in professor Vershawn Young's classes this spring.

Young, of the Department of Gender and Women's Studies and the Department of English, will incorporate the speaker series including Daniel Black, Lisa Moore and Sharon Bridgforth into his ENG 480 and GWS 595 classes. These courses focus on gender and race in documentary film through the work of late film maker Marlon Riggs. Riggs' work addressed representations of African Americans in the media, inter- and intra- cultural racism, gender bias as well as his personal battle with AIDS.

As the speaker series includes a novelist; a filmmaker and documentarian; and a performance artist, all professors and critics, Young said the spectrum of perspectives and expertise will be invaluable to students.

"While I'm an expert in gender and race studies, and completing a book project on Marlon Riggs, the subject of the course, these speakers are more expert in the area of gender and sexuality and the politics of identity," Young said. "They will add to the community conversation and the scholarly understanding of the students and participants."

The first speaker in the series, Daniel Black, is a novelist and professor of Africana Studies and English at Clark Atlanta University. His most recent book, "Perfect Peace," portrays a character born biologically male but raised as a female for the first eight years of his life.

Black received his Ph.D from Temple University in African-American studies, and founded the Nzinga-Ndugu rites of passage (or initiation) society — a group aiming to instill principle and character in the lives of African-American youth. His lecture will take place Feb. 20.

"I agreed to come to UK because I anticipate a discussion of 'Perfect Peace' with highly intelligent, analytical students and faculty," Black said. "That's the real worth of literature — when it compels people to talk and examine themselves."

To listen to a podcast, in which Young interviews Black, click here.

Lisa Moore, the second speaker, is the founding publisher of RedBone Press. This organization publishes work commemorating the culture of black lesbians and gay men to encourage understanding between black gays and lesbians and the black mainstream.

Moore is the writer and executive producer of the Untitled Black Lesbian Elder Project, a feature-length documentary that honors the legacy of black lesbian elders. She is also board president of Fire & Ink, an advocacy organization for LGBT writers of African descent. Moore will deliver her lecture on March 19.

Bridgforth was the 2009 Mellon Artist In-Residence in the Department of Performance Studies at Northwestern University and the 2011-2012 visiting multicultural faculty member at the Theatre School at DePaul University. She will deliver the final lecture on April 16.

Young is confident that the three speakers' narratives of gender and racial performance will benefit his students tremendously.

"I think a series such as this is beneficial to students because it allows students to connect with authors they've read and to wrestle through interpretive possibilities which authors can of course verify," Black said.  "It also allows authors to share with students ideas such as how a text was conceived and what it took for a work to get published."

All of the lectures will take place in the Niles Gallery from 4:30-5:30 p.m., with receptions following the talks. The events are free and open to the public.

The series is sponsored by the College of Arts and Sciences; the departments of  American Studies, English, and Gender and Women’s Studies; the African American Studies and Research Program;The Martin Luther King Jr. Cultural Center; and the Office for Institutional Diversity.