Undergraduate award won by student in my Philosophy of Law course:

My research and teaching bring together, in mutually illuminating ways, the ideas of major thinkers of the Western philosophical canon and contemporary topics in feminism, law, genocide studies, and international justice, including the #MeToo movement and, most recently, the Covid-19 pandemic.

Research on the current crisis: I analyze the conditions that resulted in the hundreds of thousands of avoidable Covid-19 deaths in the United States. I focus on public health and the erosion of democratic norms, which sidelined experts and science, and consider the legal implications of this crisis as a means of navigating its lasting traumatic consequences. 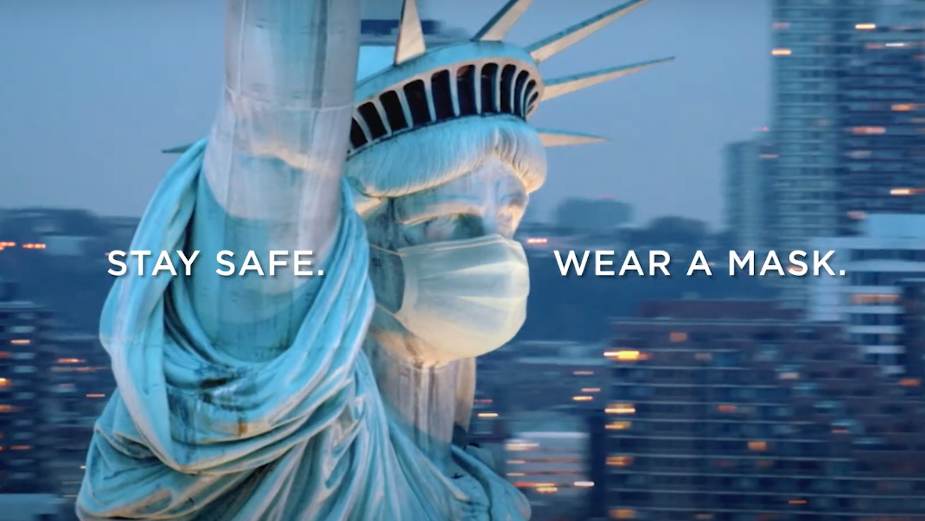 I treated some of these topics in my Spring 2021 philosophy graduate seminar: Hannah Arendt, Covid-19, and Thinking in Dark Times.

I am completing a book on the topic of genocide and crimes against humanity, centered on my philosophical, practical, and legal efforts to stop the Serbian ethnic cleansing campaigns against non-Serbs in Bosnia-Herzegovina and Croatia (and Kosovo) in the 1990s. Before this period, the idea that sexual atrocities can be a means of perpetrating genocide and crimes against humanity was not known to world awareness and law. My book documents the efforts of Asja Armanda, a Croatian-Jewish feminist, and myself in conceptualizing and making these atrocities visible as a “new” means of perpetrating genocide and crimes against humanity. It also shows how we used that basis to initiate a landmark legal action (Kadic v. Karadzic) in New York City against war criminal Radovan Karadzic, head of the Bosnian Serbs and major perpetrator; a case for which I enlisted renown attorney Catharine MacKinnon to represent survivors. This legal action pioneered the crime’s recognition in international law. My research likewise situates this work in relation to Hannah Arendt’s reflections on the Eichmann Trial (Eichmann in Jerusalem: A Report on the Banality of Evil), especially her efforts to make the “new” crime of genocide more widely intelligible and her ideas for prosecuting it.

My other project: Post-Kantian philosophers (e.g., Nietzsche, Heidegger, Arendt, Levinas) have, in their respective ways, interpreted the history of the modern era and its philosophy as being about a kind of freedom that has also undermined freedom. I contribute to this tradition by showing this freedom’s problematic relation to women through a two-part project. The first part shows the gendered freedom in Enlightenment political philosophy (e.g., Rousseau) and Hegel’s enterprise and in the evolution of this gendered freedom into a form that prevails today, both of which advance and conceal abuses of women. The second part makes creative use of Heidegger’s analysis of modern freedom’s culmination in technology to illuminate the harms of Internet-age pornography in a way that is distinct from but contributes to feminism’s analysis of pornography’s harms.

I have been a recipient of an American Association of University Women (AAUW) Fellowship, a Charlotte W. Newcombe Dissertation Fellowship in Ethics, a Fulbright Scholarship, and was offered a Hannah Arendt Center Fellowship.

"Heidegger and the Ubiquity and Invisibility of Pornography in the Internet Age," Final Proceedings of the 2015 Meeting of the Heidegger Circle, March 2016, 191-214

"Heidegger, Arendt, and Eichmann in Jerusalem," Journal of Comparative and Continental Philosophy 5, no. 1 (2013)

"Philosophy, International Law, and Genocide: The New York Case Against Karadzic," Brief: The Official Journal of the Law Society of Western Australia 38, no. 2 (2011): 20-23

"Raphael Lemkin, Phenomenology, and the Concept of Genocide," Society for the Philosophical Study of Genocide and the Holocaust, in association with meeting of the Central APA, Chicago (February 2020)

"Philosophy, History, and 'Fishes in the Sea,'" Annual Meeting of the Pacific Association for the Continental Tradition (PACT), Seattle University (September 2019)

"Philosophy in Search of Itself: Reflections on Robert C. Scharff's How History Matters to Philosophy: Rethinking Philosophy's Past After Positivism," (Invited) Panel on his book, Society for Phenomenology and Existential Philosophy, Memphis (October 2017)

"Heidegger and the Ubiquity and Invisibility of Pornography in the Internet Age," Presented as part of a panel I organized "Gender, Justice, and Gestell: New Beginnings" at the Heidegger Circle Annual Meeting, Loyola University Maryland, Baltimore (May 2015)

"Heidegger, Pornography, and Technology: Rethinking Freedom in the Age of the Internet," Society for Women in Philosophy (SWIP) -- Ireland, University College Dublin (November 2014)

"Pornography, Technology, and Closing off the Possibilities of Authentic Mitsein," Conference on "Discovering the 'We': The Phenomenology of Sociality," University College Dublin, Ireland (May 2013); also presented a version at the Annual Meeting of the Comparative and Continental Philosophy Circle, Fudan University, Shanghai, China (March 2013)

Organized and moderated "A Conversation with Karsten Harries" at The 47th Annual Meeting of the Heidegger Circle, New Haven, CT (May 2013)

"The Imperative of 'Thinking' After Auschwitz: The Genealogy of the Concept of Genocidal Rape," Society for the Philosophical Study of Genocide and the Holocaust at the American Philosophical Association (APA) Central Division Meeting, New Orleans (February 2013)

This course introduces students to the task of thinking philosophically about the law. This refers primarily to considering how law’s interaction with life places an ongoing responsibility on legal theorists to rethink legal concepts and laws to make them more accountable to people’s actual lives and thus to be more truly universal. The first part of the course focuses on traditional philosophical treatments of law: natural law theory and its considerations of law as an instrument of the common good; and law in Enlightenment thought, especially social contract theory, which stipulates law’s role in securing freedom and equality versus the legalization of gross inequalities such as slavery and slave-like oppression. We also read Enlightenment women’s critiques of the legalization of women’s second-class status and of their political disenfranchisement. Next, we turn to the rise of modern jurisprudence, which focuses on mapping the “mechanics” of positive law. Finally, we consider concrete contemporary areas of law. Here, we cover civil rights and racial injustice. A major area of our focus will be gender-based discrimination, including LGTBQ discrimination, sexual harassment, and sexual abuse and violence against women. We may also consider these topics and legal questions as they relate to Covid-19.

This course centers on close readings of Hannah Arendt’s major works The Origins of Totalitarianism and Eichmann in Jerusalem: A Report on the Banality of Evil as well as key essays. Her thought analyzes major political crises of our era focused on authoritarian government -- from totalitarian systems (Nazism and communism) to other types of dictatorship. We will cover her treatment of such topics as: how societies slip into authoritarianism; concurrent shifts in societal and moral norms; systemic inequality, racism, and anti-Semitism; questions of law, criminality, evil, and legal accountability; and ethics and personal responsibility. Arendt evinces the idea that philosophy or thinking is most needed in times of crisis to help us understand and navigate them and that it emanates from a multidisciplinary proximity to these developments and through knowledge of the past that resonates with them. In this way, we will consider how her thought may help us make sense of today’s extraordinary times. We will center on the unique experience of COVID-19 in the United States and will include topics such as its disproportionate health and economic effects on communities of color, Native American nations, and women and its intersections with Black Lives Matter.

This course introduces students to phenomenology, a largely late 19th century and early 20th century development in philosophy. We center on phenomenology as a response to modern philosophy’s increasing removal of philosophy from life concerns, from other disciplines, and from the great works of its past. We examine how phenomenology reasserted that philosophical problems arise from worldly challenges and crises in their multifaceted expressions and how it cast the relationship between those problems and philosophy’s past. The principal figures we cover are Dilthey, Husserl, and Heidegger, with a focus on the development of Heidegger’s hermeneutic phenomenology in its connections to Dilthey’s beginnings and in its distinction from Husserl’s phenomenology. We conclude by considering philosophy so understood in relation to the multiple crises we are currently in the middle of such as Covid-19, erosion of democratic institutions, Black Lives Matter, and sex inequality.

Since the rise of modern science and its aspiration to a God’s-eye view, in philosophy we have seen both an emulation of this stance (or some version of it) as well as an increasingly explicit grappling with the contextual and historical nature of thinking. The latter preoccupied 19th century philosophers such as Dilthey and Nietzsche, who considered that stance impossible for philosophy (and ultimately for science) without the alternative being relativism, and culminated in the early 20th century works of Heidegger. More recently, within analytic philosophy, post-positivists have also raised questions of context and history in philosophy. We examine this variety of considerations of the situatedness of thought and its ties to the past. We address issues of epistemology, ontology, and ultimately how we understand the nature and task of philosophy. Figures we may treat include Descartes, Comte, Dilthey, Nietzsche, Husserl, Heidegger, Rorty, and Taylor. The course will center on analysis from Robert Scharff’s How History Matters to Philosophy: Reconsidering Philosophy’s Past After Positivism (2014).

The #Me Too Movement has recently captured the public consciousness as years of unpunished incidences of sexual harassment and assault by high profile figures have come to light and triggered a social media tsunami by scores of other victims coming forward with similar experiences. The course will examine this social and political phenomenon and the implications that it might have on our own lives. We will address questions such as: What are sexual harassment and assault? How has our understanding of them changed over time? What are their relation to civil rights? What impediments are there to seeking justice? What is the role of law in this pursuit? The course explores this issue through focusing on its philosophical dimensions, which also introduces students to what philosophy is and to its central relevance to such problems. We will address philosophical topics such as existentialism, phenomenology, concept formation, human oppression, freedom, human nature, and ethics, among others. Throughout, we will explore the role and limits of law in seeking justice for these violations.