The Problem of Profit: Finance and Feeling in Eighteenth-Century British Literature, The University of Virginia Press, October, 2019

Attacks against the pursuit of profit in eighteenth-century Britain have been largely read as reactions against market activity in general or as critiques of financial innovation.  In  The Problem of Profit, however, I contend that such rejections of profit derive not from a distaste for moneymaking itself but from a distaste for individualism.

In the aftermath of the late seventeenth-century Financial Revolution, literature linked the concept of sympathy to the public-minded economic ideals of the past to resist the rising individualism of capitalism. This study places literary works at the center of eighteenth-century debates about how to harmonize exchanges of feeling and exchanges of finance, highlighting representations of communitarian, affective profit-making in georgic poetry as well as in the work of Joseph Addison, Daniel Defoe, Richard Steele, Sarah Fielding, Henry Fielding, David Hume, Samuel Johnson, and Laurence Sterne, among others. Investigating commercial treatises, novels, poetry, periodicals, and philosophy, Genovese argues that authors conjured alternatives to private accumulation that might counter the isolating tendencies of impersonal exchange.

However, even as emotional language and economic language arose together in the 1700s, the attendant aspiration to form a communitarian economy in Britain was not fulfilled. By recovering an approach to moneymaking that failed to thrive,  The Problem of Profit argues for the relevance of an unfamiliar narrative of capitalistic thought to today’s anxiety over the discord between personal ambition and public good.

The Problem of Profit: Finance and Feeling in Eighteenth-Century British Literature, University of Virginia Press, 2019

“‘A Mixture of Bad in All’: The Character(s) of Self-Interest in Sarah Fielding’s David Simple,” forthcoming in The Age of Johnson 22 (2012)

Review of Raving at Usurers: Anti-Finance and the Ethics of Uncertainty in England, 1690-1750, by Dwight Codr, Studies in the Novel (forthcoming)

Review of The Invention of English Criticism, 1650-1760, by Michael Gavin, The Eighteenth Century: Theory and Interpretation (forthcoming)

Review of Collecting Women: Poetry and Lives 1700-1780, by Chantel M. Lavoie, forthcoming in The Eighteenth Century: Theory and Interpretation 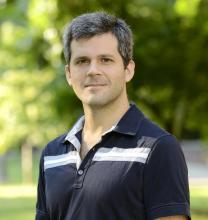