A couple of years ago I blogged about generalized Darwinism in a post called Occam’s Selection. This is the idea that principles of variation, selection, and preservation or retention are applicable to development and evolution of many different phenomena. The GD label is most common in evolutionary economics, but the notion is constantly being reinvented in many different fields.

A recent example is Selection for Gaia Across Multiple Scales, published in Trends in Ecology and Evolution. The issue is how biological natural selection, which operates at the level of individuals, could result in evolutionary trends at ecosystems and broader scales, including the self-regulating biotic/abiotic coupling of the global Earth system.

Biologists have put a great deal of effort into identifying the variety of life forms. While there is only one extant species of the genus Homoand 11 of Canis, there are more than 600 species of Quercus (oak trees) and >350,000 of beetles (and counting). 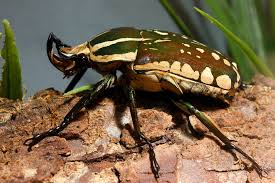 THE APPEARANCE OF NEW VARIETIES OF LANDFORMS

In biological evolution by natural selection, new varieties arise via genetic mutations. Occasionally one of these turns out to be advantageous--the fitness of the organism is increased, and the variation is "selected" (recall that Darwin used natural selection to contrast with selective breeding of animals and plants by humans). The selected organism can reproduce, and pass the selected trait to its progeny.

This post is a continuation of a thread that starts here.

The algorithmic evolution models pioneered by Gregory Chaitin (see Proving Darwin,2012 for a very readable introduction) are based on a metaphor of an organism as a K-bit program that takes the original organism A and produces a mutated organism A'. The fitness of the organism/algorithm is measured by the largest integer the algorithm can calculate. Thus a mutation that increases the largest calculable number is retained, while others are rejected. This continues until BB(N), defined as the largest integer that can be produced by a <N-bit program that produces a single integer and then halts.

This is a plausible analog for biological evolution, in which continuous improvement in fitness is possible, up to some maximum limit. In nature the maximum limits are presumably associated with maximum rates of biological processes rather than algorithmic complexity and information (i.e., BB(N), which has the awesome name of the Busy Beaver Number).

More than one scholarly observer has remarked in the contrast between physics, characterized mostly by deterministic, hard-and-fast laws that operate the same way everywhere and always (at least the Newtonian physics that apply to Earth sciences) and biology. Biology is portrayed as being much more fluid and dynamic, in the sense that chance (e.g., mutations) and environmental adaptations play a major role. As Gregory Chaitin (2012; a mathematician, by the way, not a biologist) puts it, biota and evolution are creative, while physics is not. This tension is sometimes portrayed or exemplified as a Newtonian (as in Isaac Newton) vs. Darwinian (i.e., Charles Darwinian) outlook. 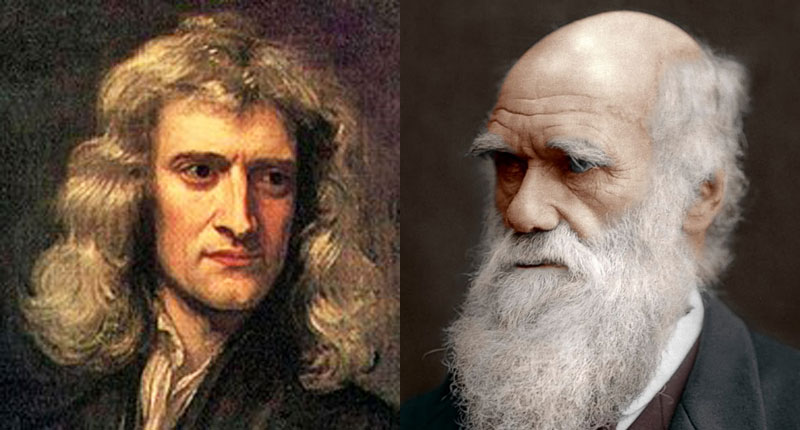 I have much love for both Newton (left) and Darwin, but have chosen to follow Darwin with respect to my hairstyle.

Evolution and Creationism in Kentucky

In the 1920s, many states considered the passage of antievolution laws. Tennessee's famous 1925 Scopes Trial is the best known of these, but such legislation actually first was proposed in Kentucky. However, Kentucky scientists vigorously protested such laws, and the legislature backed down. Antievolutionism in Kentucky did not go away after the Scopes Trial, of course, and has manifested itself in many ways. In 1980-81, the Fayette County Public Schools Board of Education was approached by a citizens group promoting the teaching of creation science; the protracted struggle over what should be taught presaged battles to take place in communities all over the nation regarding state department of education policies, and the recent appearance of recreational facilities promoting creationism. Presentation will be followed by Q&A.

Eugenie Carol Scott is an American physical anthropologist, a former university professor, educator, and founding director of the NCSE. She is a nationally recognized expert on evolution and creationism. She has received numerous accolades including 10 honorary degrees and the National Academy of Sciences Public Welfare Medal. She even has an asteroid named after her!

Biogeomorphology considers the impacts of organisms on surface processes and landforms (e.g., biological weathering, effects of burrowing animals), and vice-versa (e.g., the role of landforms as habitat, effects of erosion on biota). We are particularly concerned these days, however, with reciprocal interactions, such as sediment trapping by vegetation, and the feedback effects of this deposition on plants and their habitat. We are also learning a lot about biogeomorphic ecosystem engineering (BEE), whereby biota modify the abiotic environment in ways that influence habitat or resources (positively or negatively) for themselves or other species, and biogeomorphic niche construction, where BEE effects influence selection pressures and biological evolution.

Generalized Darwinism holds, in essence, that the principles of variation, selection, and retention (preservation) and replication that are the cornerstone of Darwinian biological evolution are applicable to development and evolution of (to exaggerate only slightly) damn near anything. This perspective, most actively debated in evolutionary economics, is detectable (though sometimes without the specific label) in many science and social science fields.

Generalized Darwinism has many critics, but most critiques I've seen fall into two categories (to simplify and generalize wildly): (1) a lack of fidelity to biological evolution; or (2) an inability to solve every problem in evolutionary economics, system theory, etc.  Those criticisms are accurate, but not valid (in my estimation), as the "generalized" clearly implies a move beyond biological evolution, and no conceptual or analytical framework is ever the answer to everything, even in a relatively small subdiscipline.

Complexity of Earth Surface System Evolutionary Pathways has just been published in "online first" form in Mathematical Geosciences. The abstract:

The online version of my new article exploring biogeomorphology from the perspective of niche construction and extended phenotypes is now out. The abstract is below. I appreciate my colleague Daehyun Kim encouraging me to stick with some of the more speculative and provocative ideas here. I was about to back off from them at one point, but he encouraged me to go for it. 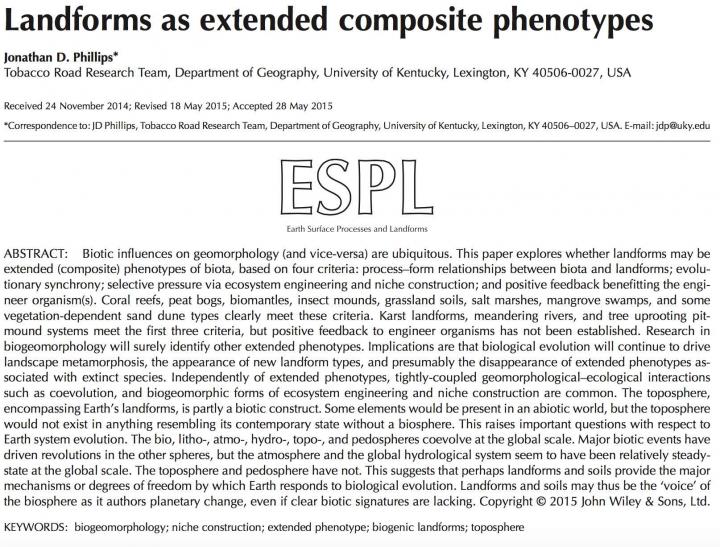