(Feb. 19, 2013) — A new exhibition at the Carnegie Center for Literacy and Learning recounts the remarkable history and work of King Library Press. "Gutenberg to Gratz Park: Hand Printing at the King Library Press," the first off-campus exhibit dedicated solely to the press, runs through March 2014 at the center, located at 251 West Second St. The exhibition is free and open to the public. 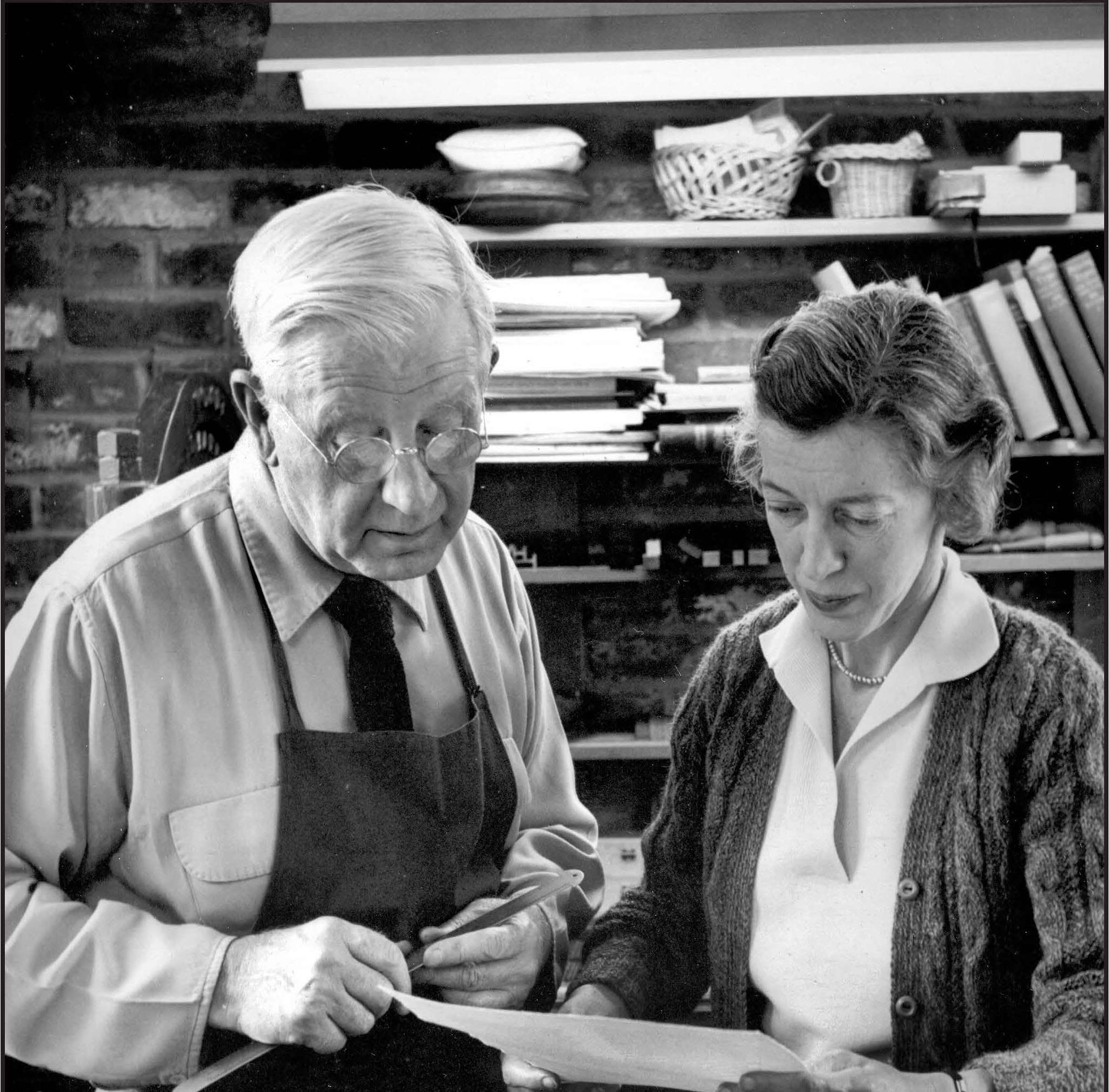 This exhibition captures not only the important work being done at King Library Press, but gives viewers an idea of the great significance the press plays in the world of hand printing still today.

"The invention of letterpress printing propagated the written word and is the oldest of the traditional printing techniques. The King Library Press is not only preserving this fine tradition but perpetuating the craft by introducing it to a new generation of printers. The King Library Press remains one of the most productive of collegiate presses in the United States," said Deirdre Scaggs, associate dean of University of Kentucky Special Collections.

The press is also displaying one of their antique hand presses — a Sigwalt Ideal no. 5 table top press from the early 20th century — which will 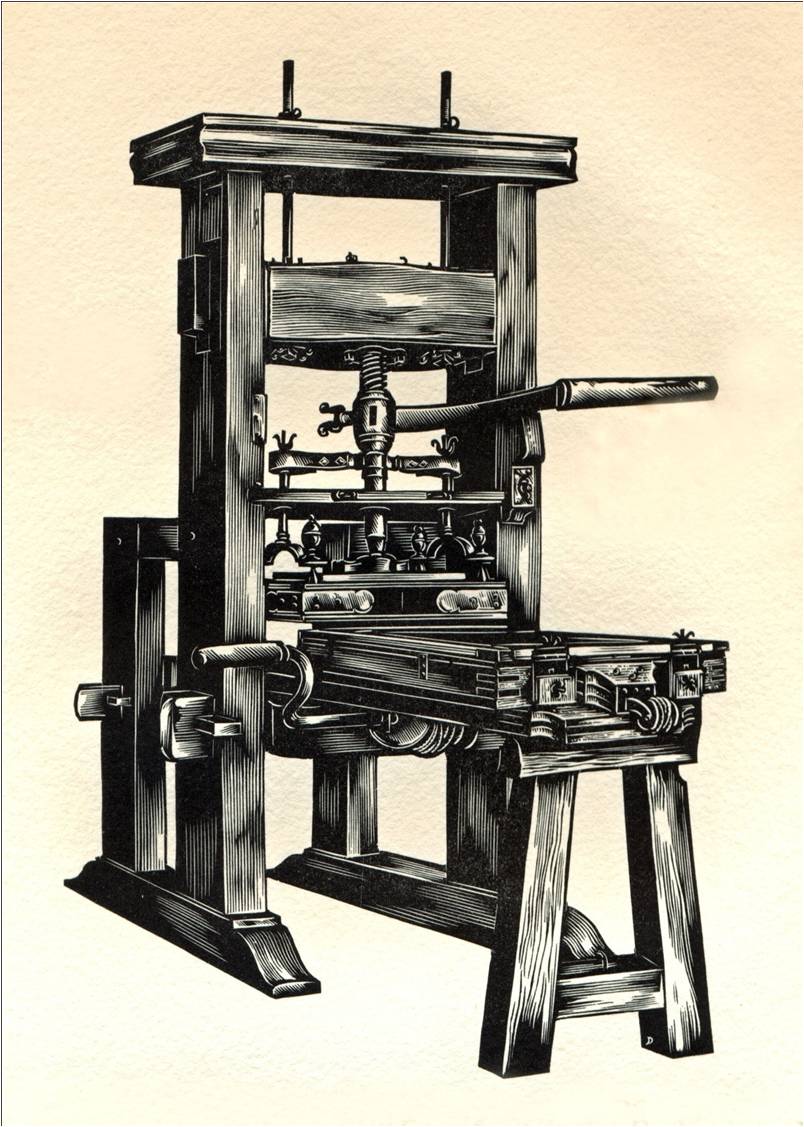 be demonstrated live during Lexington's Gallery Hop on Friday, Feb. 21. As part of Gallery Hop, the exhibit will be open 5 to 8 p.m. that evening with a reception and live hand printing demonstration on Sigwalt press beginning at 6 p.m.

The King Library Press, founded at the UK Libraries in 1956, is devoted to the tradition of handpress fine printing established in the 15th century by Johannes Gutenberg and continuing without interruption to the present day. Founder of the press and UK librarian, Carolyn Reading Hammer, lived and printed with her husband, noted artist and typographer Victor Hammer, at their home on Market Street in Gratz Park. In 1956, some of their presses were moved to the Margaret I. King Library on the UK campus, and formed the nucleus of King Library Press.

The press began its service when a group of librarians, working during lunch hours, produced a small book. The basic tools employed by King Library Press are the wooden common press designed and used by Victor Hammer in Florence, Italy, and four Washington presses, including one from Carolyn Reading Hammer’s Anvil Press on permanent loan to the press and another endowed by Lucy Graves in memory of Joseph C. Graves Sr. from Gravesend Press. More modern presses include a Vandercook SP15, a gift of the Harrodsburg Herald, a Vandercook Universal I, and several by Chandler & Price.

Through six decades the King Library Press has employed four directors and countless apprentices, some of whom have gone forward to become accomplished printers in their own right. This exhibit offers a glimpse into the process and publications created by the succession of passionate printers plying their craft at the King Library Press. 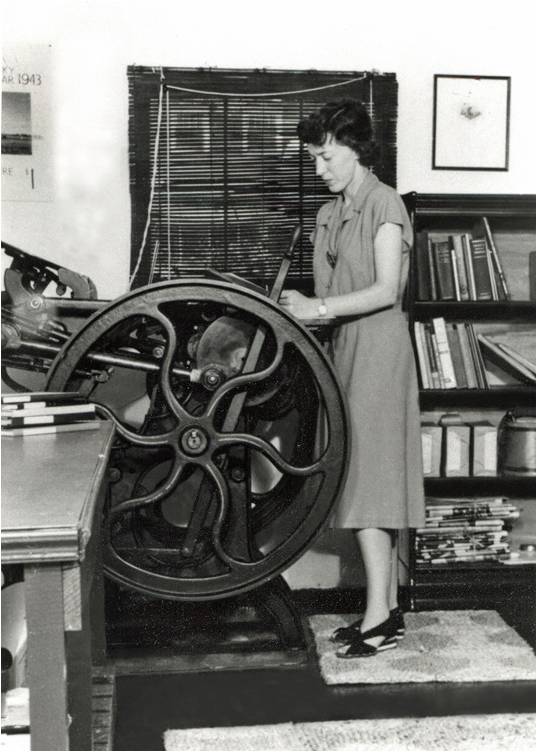 Current King Library Press Director Paul Holbrook, who apprenticed at the press under the founder, Carolyn Reading Hammer, is particularly proud of the press' endeavors to continue to educate future book artists through workshops and lectures.

"The King Library Press has become a premier teaching and bibliographic press. Every other year it hosts the Hammer Biennale — a lecture which brings the most influential printers and book artists to Lexington and the UK campus."

King Library Press is part of UK Special Collections, home to UK Libraries' collection of rare books, Kentuckiana, the Archives, the Louie B. Nunn Center for Oral History and the Wendell H. Ford Public Policy Research Center. The mission of Special Collections is to locate and preserve materials documenting the social, cultural, economic and political history of the Commonwealth of Kentucky.