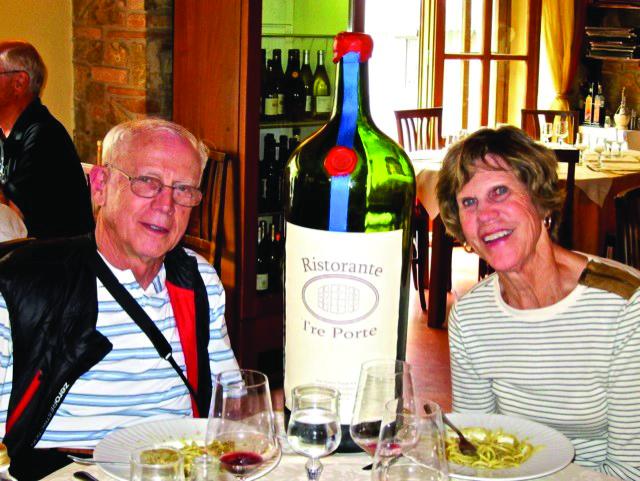 When Dr. Thomas F. Whayne Jr. died suddenly in June 2020, it was a shock to everyone who knew him. He was a man of such energy and intellect that one very demanding field—cardiology—was not enough to contain his passion for helping people. Determined to become bilingual in Spanish, he fostered a relationship with the UK Department of Hispanic Studies that lasted nearly three decades.

The story of how a renowned cardiologist with no Hispanic roots became a crucial part of the UK Department of Hispanic Studies is a testament not only to the outsized talent of Dr. Whayne but also to the evolution of Hispanic Studies at UK. Dr. Whayne first studied Spanish in high school in Washington, D.C, which was enough of a foundation for him to leap into Spanish 4 as a freshman at the University of Pennsylvania.

While Dr. Whayne was at Penn, his cousin arranged for him to go on a blind date with her friend and classmate Eugenia Ingram. Tom and Genie stayed in touch, but it wasn’t until she moved to New York City to work in a research lab at the New York Hospital-Cornell Medical Center that they were able to have a second date. In 1963, Tom received his medical degree from Penn and was assigned for his internship and residency to the same hospital where Genie was employed. Clearly they were meant to be together, and they married that same year.

The demands of medical training meant putting Spanish on hold as he worked to make his mark in cardiology. Dr. Whayne earned a Ph.D. in biochemistry from UC-San Francisco in 1970 and in that year alone published four medical articles. Over the next 50 years, he would publish more than 180 medical articles, including 110 Medline-listed publications.

It was during his time at St. Joseph’s Hospital in Lexington that Spanish re-entered Dr. Whayne’s life.

“Many years passed, and for some crazy reason in 1990 I decided that I wanted to study Spanish again,” he said. “I called what was then the Department of Spanish and Italian at UK, and I was put in touch with a graduate student from Chile.” Meeting with this graduate student on a weekly basis helped Dr. Whayne regenerate his Spanish speaking skills.

As Dr. Whayne settled into the academic community at UK, he became increasingly philanthropic, supporting a variety of funds over the years with Genie. He endowed the Thomas F. Whayne Professor of Heart Health in the UK College of Medicine and also made annual contributions to the Department of Hispanic Studies in support of the cause that had become dear to his heart — graduate students.

When graduate students attend academic conferences, they are striking out on their own to network with a wider circle of potential mentors beyond their home university’s faculty, while also gaining a broader exposure to trends in their field and discovering new ideas for their own research. It is an absolutely critical experience for developing scholars, yet the costs of travel, lodging and registration can be prohibitive for students with limited means. Over the years, Dr. Whayne’s philanthropy has enabled dozens of Hispanic Studies graduate students to have these essential opportunities.

“Dr. Whayne’s generous travel funding helped my participation in the Cine-Lit 9: Mujer y Género conference last year. This type of financial help encourages those of us who are graduate students also working as teaching assistants to participate in academic conferences sharing our research and growing as scholars,” said Ana Álvarez Guillén (Ph.D. 2021), now a Spanish Instructor at UK. 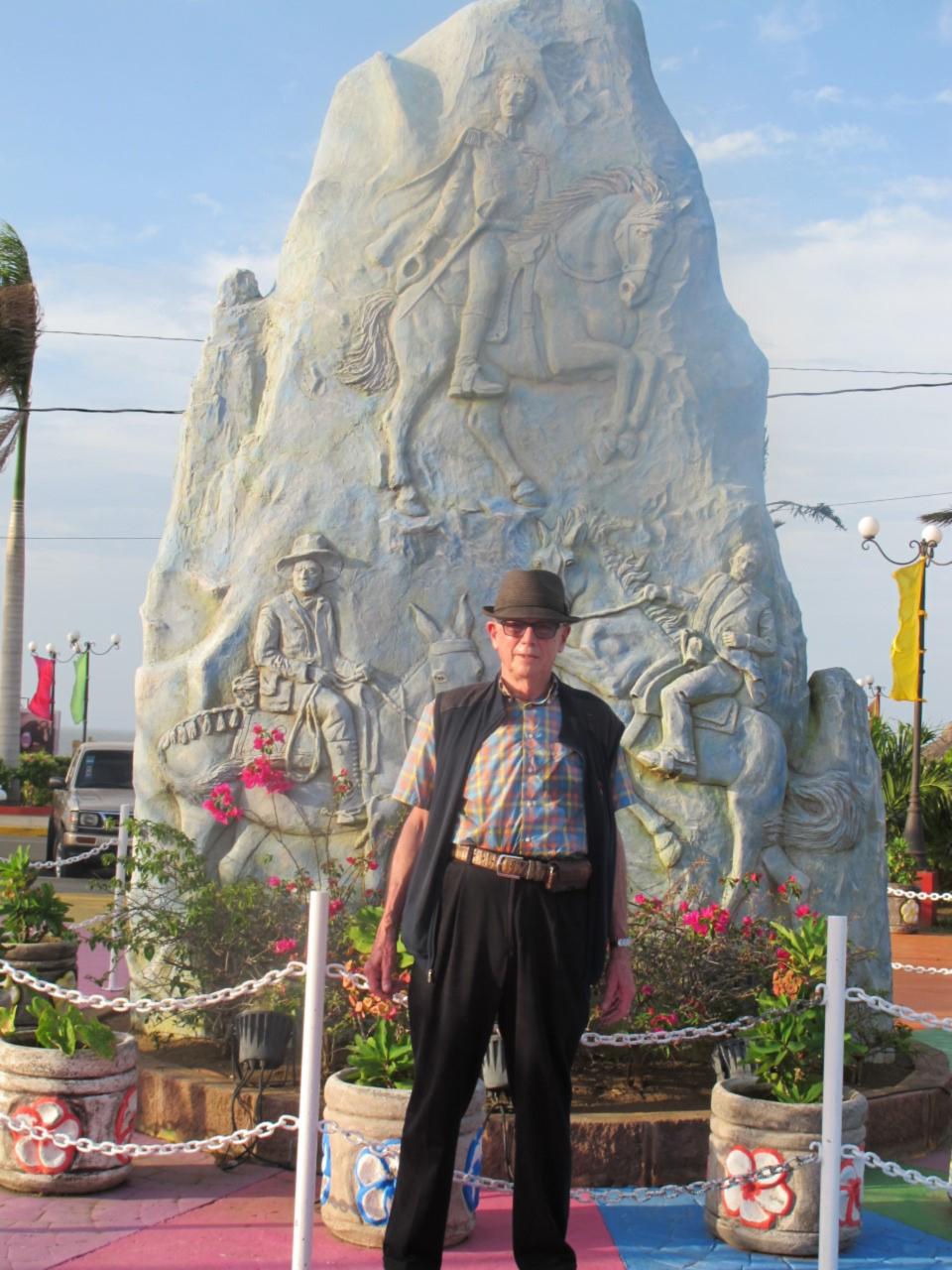 Another Spanish instructor at UK, Darryl Dedelow Jr., attended this same conference and presented a paper there.

“This prestigious conference takes place once every four years and brings together prominent film directors from the Spanish-speaking world with scholars of cinema and literature,” Dedelow said. “Through my attendance and participation at this conference, I was able to connect with many distinguished scholars and forge important relationships as I move into academia.”

Graduate student David Cortés Ferrández was able to attend a linguistics conference, XI Conferencia Internacional Lingüística 2019 in Havana, Cuba, his very first academic conference, thanks to Dr. Whayne’s support. “I had the chance to not only broaden my knowledge and get to know many colleagues from my field, but also to discover a new country and culture,” Cortés Ferrández said.

In addition to conference support, Dr. Whayne served as a patron of UK graduate students by employing them to converse with him in Spanish. One of these former students was Dr. Josefina C. López Saavedra, whom he met in 2004.

López Saavedra recalls: “I was impressed not only by his unconditional love and passion for the Spanish language but also by his extensive knowledge of Spanish literature and culture. For many years, I became not only his mentor but also his editor and translator.” Her efforts paid off, and Dr. Whayne was able to publish 18 medical articles in Spanish and give more than 70 international presentations in Spanish in Spanish-speaking countries.

Abraham Prades, now on the Spanish faculty at Georgetown College, was another UK graduate student employed by Dr. Whayne for Spanish conversation.

“He would always encourage me to keep working harder and harder so that I could finish all my course work and find a good job,” Prades said. “I worked with him for five years, and we had a weekly class, so I believe I had the chance to get to know him a little bit. An outstanding doctor and prolific scholar, he would always update me on all his ‘masterpieces’ (as he liked to tell me), medical articles that he was about to publish. He has been the best student that I have ever had, as he wanted to talk about every single topic: current events, politics, history, culture, you name it. In our conversations we always tried to fix the world.”

Dr. Whayne’s involvement with graduate students over the years eventually led to a new role of serving as an outside examiner on dissertation committees, and he served on 11 from 2007 to 2018. This service led to friendships with other Hispanic Studies faculty. Dr. Whayne had lunch on a monthly basis with Professor Emeritus Edward Stanton.

“Tom was an American original. Like the young Nick Carraway in Fitzgerald’s 'The Great Gatsby,' he made lists of things to accomplish. One of those lists had the names of the many Spanish-speaking countries in the world, which he checked off, one by one, as he visited them over the years,” Stanton said.

Dr. Whayne’s enthusiasm for the Spanish language and for helping graduate students came from the same character traits that made him a great doctor. “Those who knew Tom as a physician always spoke of his knowledge and indefatigable research, his rapport, care and compassion for patients,” Stanton said.

In honor of his multifaceted impact on Hispanic Studies at UK, department chair Moisés R. Castillo announced the Dr. Thomas French Whayne Jr., M.D., Ph.D. Seminar Room. “This is the space in which (in pre-Covid times) we usually conduct not only departmental meetings, but most of our graduate seminars, and all of the dissertation defenses in which Dr. Whayne participated and that were so dear to him,” Castillo said.

Although he was frequently solicited by his alma maters, Dr. Whayne knew early on that the University of Kentucky was where he wanted to give. “I just decided, I’ll keep my money in Kentucky,” he said in December 2019.

“I’ll keep this commitment until my death, and then provide a significant sum in my will when I die. It’s loyalty.”

The Thomas F. Whayne Jr. Graduate Excellence Endowment in Hispanic Studies is the result of that bequest. It will ensure that Hispanic Studies graduate students, who are the linchpin of the department, will be well supported. Kentucky has sizeable Hispanic communities throughout the state, and a thriving department at the state’s flagship university is now better equipped to ensure that the language and people Dr. Whayne loved will continue to flourish.

“The language is so beautiful,” he said, “and I really do have a passion for it.”