My research career has focused upon sympathetic neural control of renal function, regulation of salt and water balance and interactions among these controllers of renal function in the pathophysiology of blood pressure regulation and arterial hypertension. The overall hypothesis of our research program has been that environmental factors lead to elevated renal sympathetic nerve activity and alter kidney function, genetic expression and subsequently evoke renal dysfunction, arterial hypertension, and cardiovascular disease. Our most recent work examines the relationships among renal mitochondrial gene expression, inflammation, renal sympathetic nerve activity and the development of spontaneous hypertension.  Using a back cross breeding paradigm we produced a conplastic strain of offspring wherein the mitochondrial genome of spontaneously hypertensive rats (Aoki-Okamoto SHR) was inserted onto a background of nearly all nuclear genes from a normotensive Brown-Norway. In these rats, with 98% normotensive Brown Norway nuclear genome and 100% hypertensive SHR mitochondrial genome, hypertension persisted in the majority of animals. The hypertension was characterized and the level of salt sensitivity determined. We also evaluated the neurogenic components that contribute to the overall level of blood pressure in adulthood. We have now begun to determine the specific mitochondrial genetic loci responsible for this SHR-mediated mitochondrial hypertension. In addition, these hypertensive animals exhibited elevated renal and hypothalamic expression of angiotensin type 1 (AT1) receptors, suggesting a direct linkage between mitochondrial gene expression, and brain/kidney AT1 receptors.  This outcome aligns closely with our previous work that hypothalamic AT1 receptors are critical to neurogenic hypertension in rats raised on a high NaCl intake from weaning to adulthood. Our publication (PLoS One, 2015, 10(8): e0136441.doi:10.1371/journal.pone.0136441), shows selective renal downregulation of 11 out of 13 mitochondrially expressed genes in the hypertensive compared to normotensive animals. 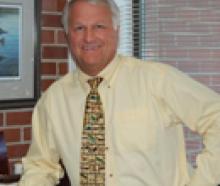