My research program focuses on conservation of wildlife species.  I am a comparative reproductive biologist and endocrinologist specializing in lower vertebrates. Reproduction is the critical life stage that enables a species to propagate itself and ensure survival of the species. Anything that impairs reproduction may lead to population decline and ultimately to extinction.  My research program uses comparative vertebrate reproductive endocrinology and functional morphology to investigate the following:

Many species of reptiles and amphibians are facing extinction. The global decline of amphibians is well documented.  In addition, every species of tortoise in the world is either threatened or endangered, as are the majority of turtles.  In order to rescue the most endangered species from extinction, captive reproduction is imperative.  However, reproduction in wildlife is a complex physiological sequence of events that is regulated by environmental factors in order to produce offspring at optimal times for their survival.  Successful captive breeding is dependent upon being able to provide the proper environmental clues to stimulate reproduction.  These include the role of temporal or circannual environmental factors such as photoperiod, temperature and moisture levels on stimulating reproduction.  My research program is investigating reproduction of both wild and captive populations of turtles and tortoises to optimize breeding of endangered species.

Many common pollutants, such as pesticides and industrial chemicals, disrupt the endocrine system by binding to hormone receptors in either an agonistic or antagonistic fashion, thereby altering endogenous hormonal signals. These environmental endocrine disruptors have the ability to severely impact adult reproduction and embryonic development. Embryos are particularly sensitive to endocrine disrupting effects since they use hormonal signals to direct the development of anatomical systems and establish physiological set points.  My research program is investigating the effects environmental endocrine disrupters on wildlife populations, particularly on amphibians and reptiles. 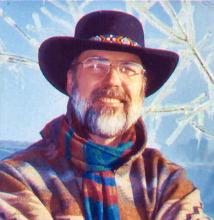